This guide was originally a print manuscript of 10 pages.  It was titled, Laws of Hawaiʻi, 1839-1939: a check list of the statute laws, compiled laws and constitutions, both English and Hawaiian issues.  It was compiled by Bernice Judd.  Originally it indicated where these copies could be located on the island of Oahu.  Annotations included holdings of the Archives of Hawaii, Bishop Museum, Carter Library (Hawaiian Mission Children’s Society), Hawaiian Historical Society, Supreme Court of Hawaii, University of Hawaiʻi Library, Library of Hawaii, and Punahou School Library.  It was expanded under my direction in 2015-2016 to include links to online resources like Google Books, the Internet Archive, LLMC Digital, and Punawaiola.

This current edition, online in LibGuides, focused only on English language content that is, generally, freely available online or at least accessible to many even though it may only be accessible from the Law Library's computers as it is in Heinonline. 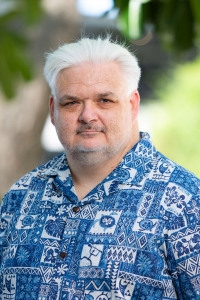