About the Legislative Council

The Legislative Council, formerly the Council of Chiefs, met in Lahaina, Maui, until April 1845 when it first began meeting in Honolulu. 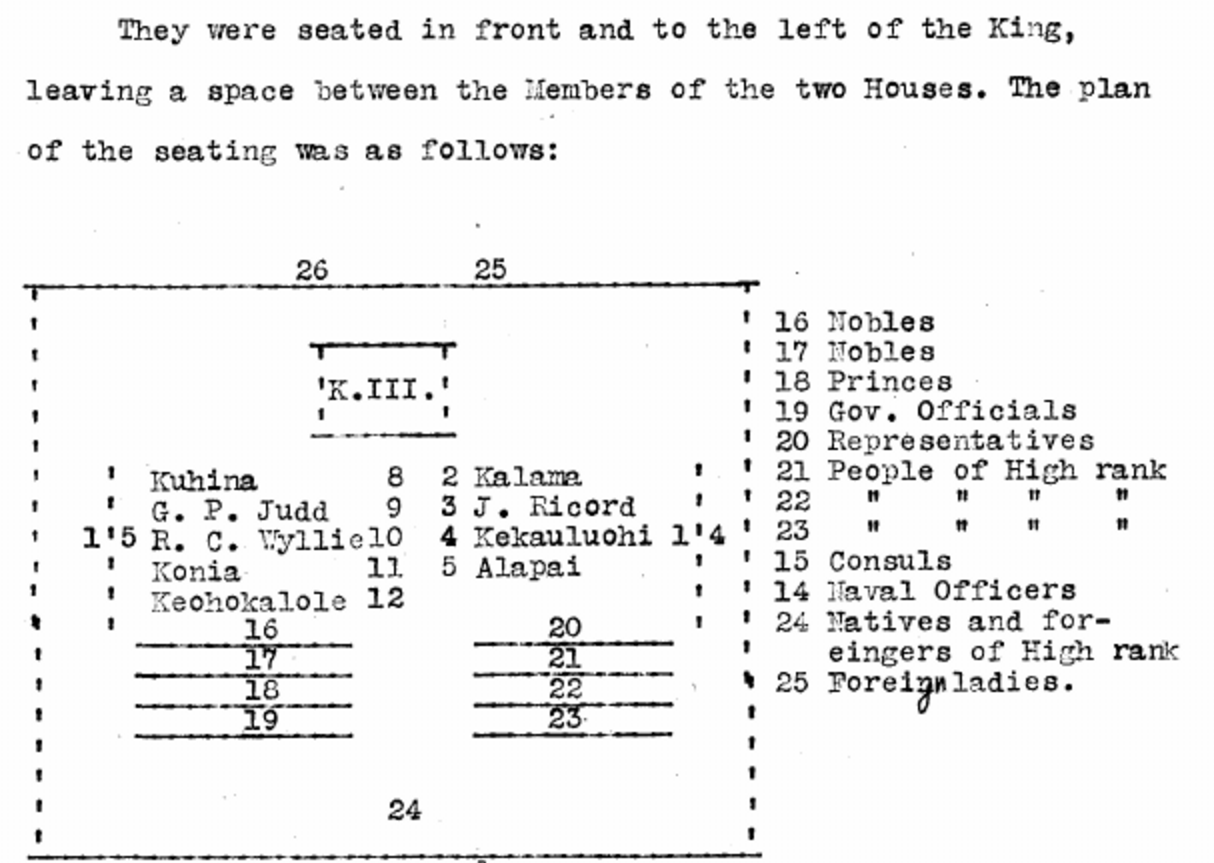 Some journals from the Republic of Hawaii are available at the Hawaii State Archives digital collection:  https://digitalcollections.hawaii.gov/greenstone3/library/collection/legislat/browse/CL1.

The number of representatives increased in 1850 with an "Act passed July 30. 1850, which in its preamble states : "Whereas the Constitution  provides for an increase in the number of the representatives of the people; and Whereas, it is proper that His Majesty's subjects of every class, and all the various interests of the nation should be fully represented in the legislature, therefore: Be it Enacted," etc. This act increased the number of Representatives to twenty-four—six for Hawaii, five for Maui, one for Molokai. one for Lanai, six for Oahu, and five for Kauai and Niihau. Under it an election was held, January 6, 1851, which was the first election by ballot...."  Robert Colfax Lydecker. Roster Legislatures of Hawaii, 1841-1918 [Electronic Resource] : Constitutions of Monarchy and Republic : Speeches of Sovereigns and President. Honolulu : Hawaiian Gazette Co., 1918, p 5. http://archive.org/details/rosterlegislatur00hawarich.