The Hawaii legislative body was convened every other year (in odd numbered years) until 1959 except for special sessions. Since 1959, a Legislature begins in an odd-numbered year and lasts two years (two sessions).

Temporary laws, also called temporary legislation, govern for a limited time while permanent laws or legislation govern perpetually.  What laws are considered temporary?  In the Hawaiʻi Session Laws of 1966, Act 29, § 9, the categories of laws that the Revisor of Statutes can omit from the codified statutes are laid out.  They are:

(a) Any appropriation act, loan fund act, special pension act, or franchise act, or any provision of like nature in any other act whether or not a part thereof has been embraced in the revision;

(b) Any provision of a temporary nature the functions of which have been fulfilled;

(c) Any provision in the nature of a saving clause or short title, or any provision relating to constitutionality, legislative findings or intent, interpretation, or the repeal of laws;

(d) Any provision as to the time at which or manner in which provisions embraced in the revision were or are to take effect or apply or other transition provisions;

(e) Any other act or provision of an ephemeral nature.

The effect is that temporary laws are not included in the Hawaiʻi Revised Statutes, the codified statutes.  This includes budgets, appropriations, legislation with sunset clauses, repealed laws, sections of laws that indicate the purpose, sections that transfer personnel or functions from one office to another, and others.[1]  Act 29 itself is an example of a law not codified in 1966.

Table 2 of the Tables of Disposition contains a list of where the session laws were codified by act and section beginning with the Session Laws of 1955 to the current year.  Wherever you find an “O” in this table, it means that the legislation was not included in the code.

If you are researching Hawaii laws during the time between the Kingdom of Hawaii and Hawaii as a state in the United States of America, you must use U.S. federal materials.  If you want to do a legislative history of a federal law, please use the Federal Legislative History Guide.

Debates on the Floor of the House or Senate occur at the Third Reading stage. 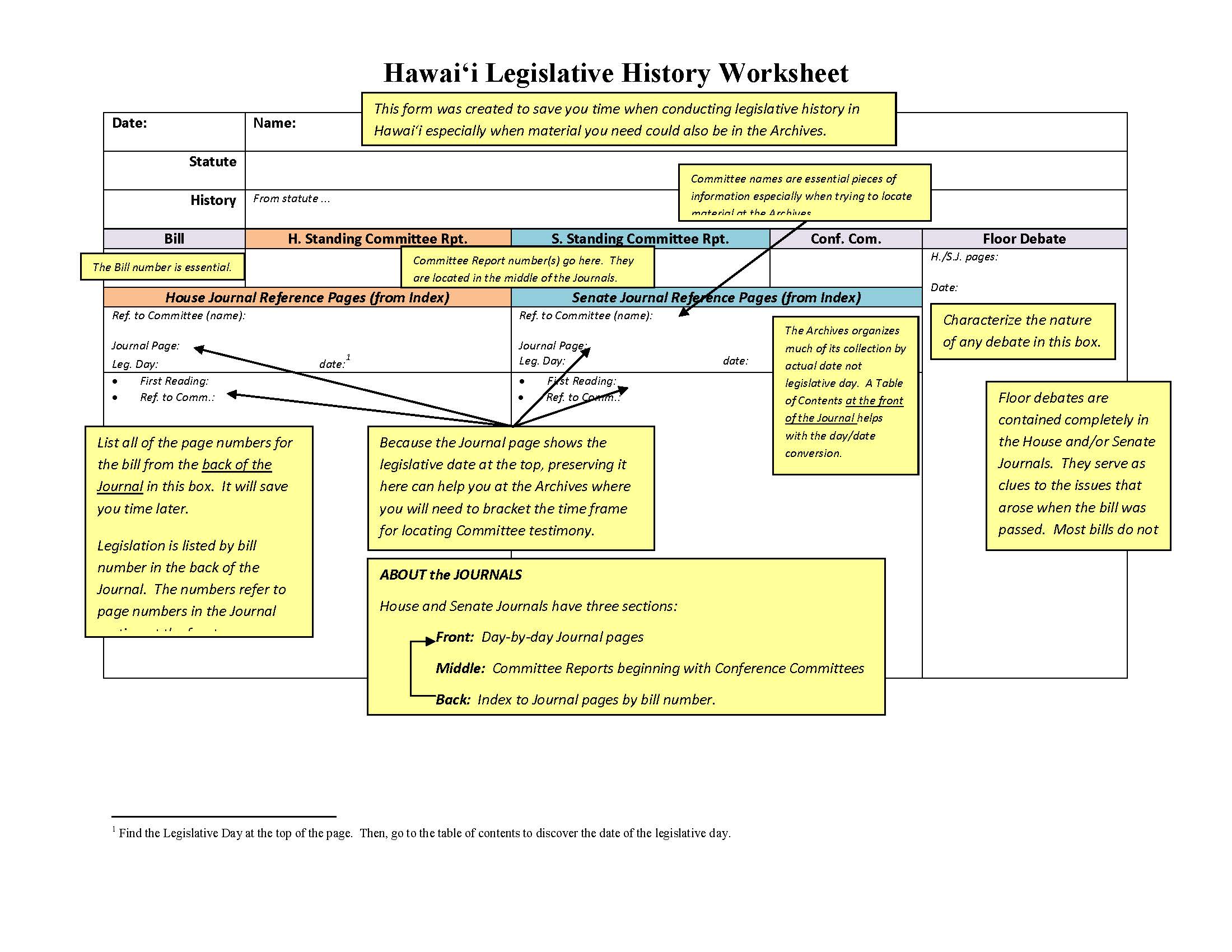 Researching the History of a Hawai‘i Statute